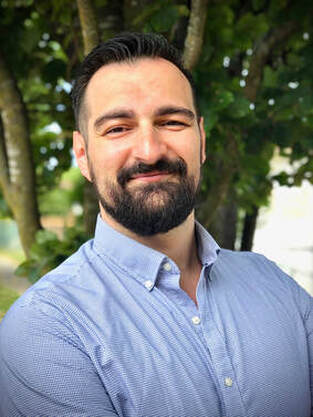 I am Assistant Professor of German Studies at the University of British Columbia. Prior to my appointment at UBC, I served as Assistant Professor of German and Coordinator of the German Program at Sam Houston State University. I received my Ph.D. in Germanic Languages and Literatures and Film & Media Studies at Washington University in St. Louis (2015) and hold a B.A. (2007) and M.A. (2009) in German Studies from the University of Illinois at Chicago.

Currently, I am writing a book examining the influence of fluctuating literary markets on authorial agency and narrative form provisionally titled Fragile Literary Cultures in Early Imperial Germany. Parts of this research informed my work on a volume titled Market Strategies and German Literature in the Long Nineteenth Century (co-edited with Vance Byrd, de Gruyter 2020).

My scholarship in film studies includes a book project examining the primacy of melodramatic form in the articulation of queer experiences in popular culture and the intellectual sphere of Weimar Germany. Other work in this area includes an edited volume titled Slapstick: An Interdisciplinary Companion (co-edited with Alena Lyons and under advanced contract with de Gruyter).

In 2016, I co-founded the international scholarly collective “Diversity, Decolonization, and the German Curriculum” (DDGC). Following DDGC’s inaugural conference March 2017 at the University of North Carolina, Asheville, DDGC has been institutionalized into a biennial conference. With Regine Criser (UNCA), I co-edited a volume based on the first conference: ​Diversity and Decolonization in German Studies (Palgrave 2020).

Currently, I have two editorial commitments. I serve as the co-editor of DDGC’s official blog. I am also an editorial board member of Studies in Twentieth & Twenty-First Century Literature.
Tweets by @ervinmalakaj
Powered by